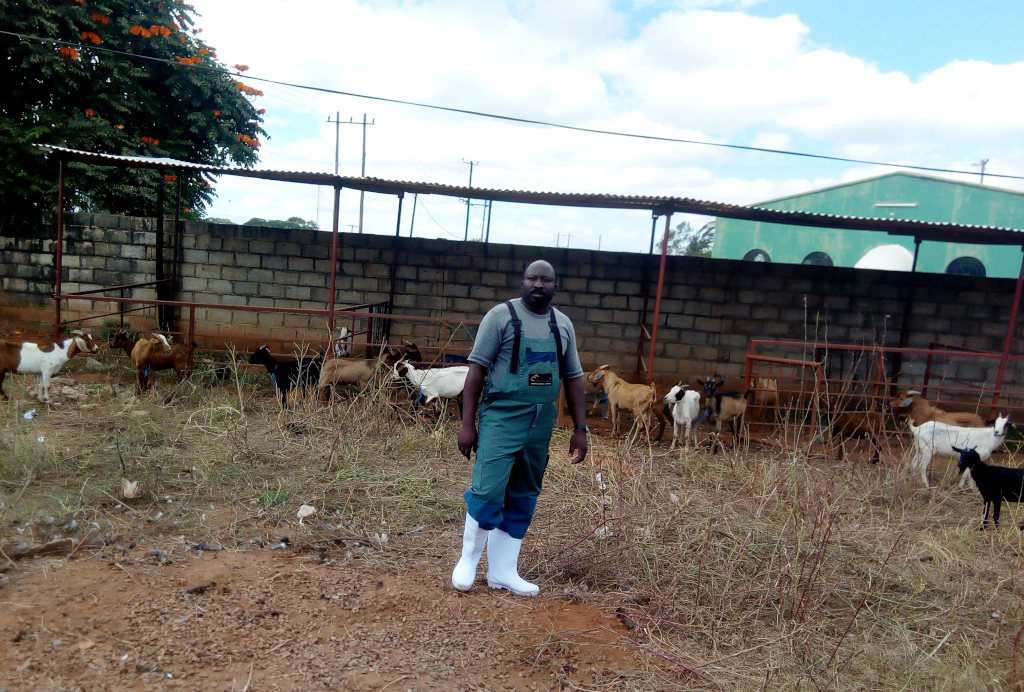 In Zambia, goats are the second most popular type of livestock owned and reared by smallholder farmers. The animals are hardy and able to live off a wide range of available grasses and plants.

Despite the prevalence of goat-keeping, packaged goat meat was not typically found on shelves of supermarkets; it was largely sold informally. For Paul Nyambe, this was a glaring gap in the market. Growing up in rural Zambia, rearing goats as a child, he wanted to capitalise on the opportunity for the commercialisation of goat meat.

Nyambe had worked himself up from a cleaner in a consumer goods company to a regional salesperson at an ice cream manufacturer. He enjoyed being in sales and built relationships with local supermarkets in the capital Lusaka. In 2012, he purchased his first goat on the open livestock market in the city. He used a friend’s butchery to process and package the meat for a supermarket that had shown interest in his idea.

“Within a space of three to four days, the stock was depleted and the supermarket contacted me to supply more,” Nyambe remembers. “My earlier assumptions that this would be a popular product were confirmed and I became even more motivated. That is when I looked at registering the business and finding finance.”

Within three months the fledgling company was supplying to five supermarkets and, by the end of 2012, it secured its first external funding, from a government programme, which enabled it to move into its own butchery facility from where it also started selling directly to the public. Zamgoat saw a steady increase in demand both from the public as well as its wholesale customers.

By the end of 2013, the list of wholesale customers had grown to 20 and Zamgoat was selling its products to around 200 direct customers per week from its own retail facility. The demand was clear; people wanted the convenience of pre-packed goat meat at local supermarkets and butcheries.

The company built up a network of smallholder farmers across the country from where it could source the live animals for slaughter and meat processing. It also became involved in the farming processes by providing breeding stock where required and offering knowledge services and training to some farmers to increase productivity.

In 2014, Zamgoat was accepted into an accelerator programme run by an organisation called Fledge. With the funding received, it acquired a refrigerated truck to assist with the distribution of the meat to wholesale customers.

Nyambe and the team worked to increase awareness of the product, which led to the first competitors entering the fray. “The traditional meat processing companies – that had previously overlooked goat as an opportunity – were starting to add goat products to their offering,” he says. 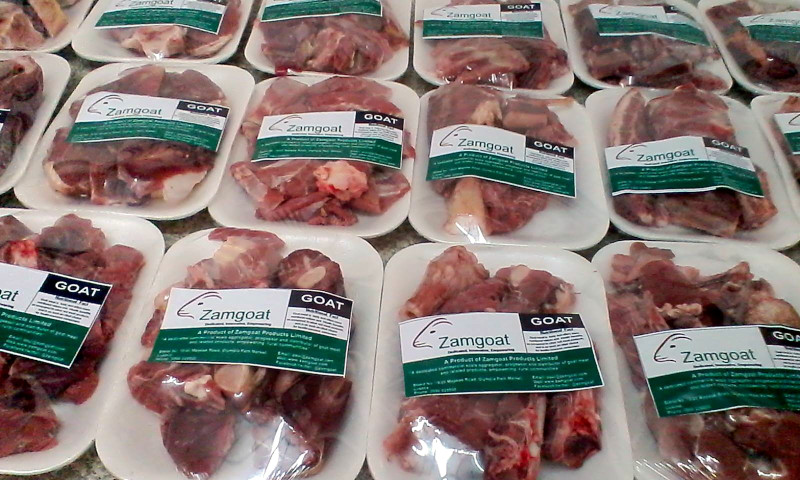 More finance from Fledge assisted in the procurement of additional equipment to add value and process the goat meat into products such as goat sausages and goat biltong (cured and dried meat). By the end of 2016, Zamgoat opened Zamgoat Xpress adjacent to its butchery from where ready-to-eat takeaway goat meat meals were sold. “We offered grilled goat and chips, goat sausage and chips, burgers and smoked goat,” Nyame says.

The recognition for the impact the business was having on rural farmers and their incomes increased. In 2017, Zamgoat was recognised by the African Development Bank (AfDB), under the bank’s African Youth Agripreneurship Forum, as among the top agribusinesses transforming agriculture on the continent. The company was later chosen by the AfDB in a cohort of 17 businesses from Africa to participate in a familiarisation visit and training in South Korea. The UN’s Food and Agriculture Organisation also included the company in programmes to provide further training and technical support.

Nyambe was encouraged to pursue a major scaling of the business in 2018. Yet, even with the recognition from these international organisations, along with a clear demand in the market, traditional financial institutions remained cautious to fund a business in such an underdeveloped industry.

“We faced challenges in mobilising the finance required to expand our wholesale offering and grow our market reach. It had to do with the greenfield nature of our industry, the goat industry as a whole. We were not seen as a viable option by most of the providers of finance.”

Nyambe turned the spotlight on the social impact side of the business to attract development funding as an alternative to traditional debt financing and in 2019, the company was included in a World Bank-funded project run by the Zambian Government.

With this financial assistance, Zamgoat set up a first-of-its-kind standard goat slaughterhouse and processing facility in Lusaka in 2020 that will enable it to increase its capacity ten-fold.

“The only thing holding us back was the completion of this processing facility,” he says. “We have engaged with 500 smallholder farmers across Zambia; by the end of the year, we could very well be up to 5,000.”

Nyambe is optimistic about increasing the current 80 goats processed per month to a minimum of 800 by end of 2021. He believes there is the prospect of export to Angola, the DRC and even further afield. “The government of Saudi Arabia has indicated its interest in importing one million goats from Zambia and it is up to the private sector to make use of that opportunity.”

Various innovative products exist in the chicken, beef or pork value chains. But this has traditionally not been the case for goat meat and Zamgoat aims to change that.

“Over the last three years, we have developed our Zamgoat Xpress brand into a quick-service restaurant model that offers exclusive takeaway goat meals. We are developing a burger line through an independent brand, Billyburgers, as well as a pizza brand, Pizzagoat Africa,” he adds. Through these new products, Zamgoat is hoping to expand its market reach.

“Customers were exposed to only one way of consuming goat and we are showing them new options and hoping to increase sales. The fact that the goat meat industry has historically been under-exploited makes it more lucrative; an opportunity that any forward-looking investor or business person should examine.”