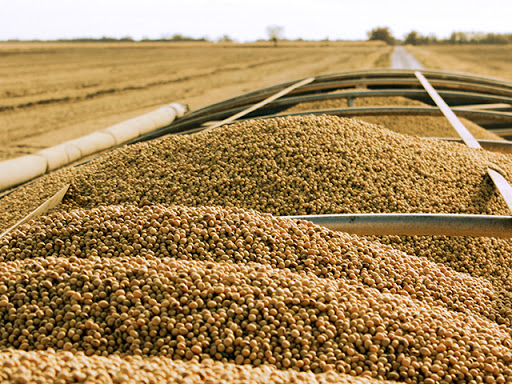 For Nigeria to reach its livestock production potential, farmers need access to quality and safe feeds. To this end, the Nigerian Institute of Animal Science (NIAS) is enforcing controls at mills as feeds remain a significant food safety issue.

The absence of a well-regulated feed industry in most parts of Africa is raising global concerns.

This followed increasing cases of food contamination, a development, which have attracted public attention to food safety issues.

As a result, the need became more apparent to prevent and control hazards. Stakeholders in the food sector have called for safer food for animals as the well-being of man depends on animal health and the environment.

With particular attention on contaminants such as mycotoxins and dioxins, the stakeholders are urging the Federal and state governments to pay greater attention to the control of such chemicals in animal feeds.

A biotechnologist, Prof. Dele Fapohunda, also appealed to the Federal Government to formulate a policy that will regulate mycotoxins limit in the food industry.

He also wants feed certification to ensure that feeds for livestock and poultry are safe, nutritious and compliant.

He believes the future of the industry depends on its ability to meet consumer demands for safety and sustainability, while increasing efficiency and productivity to feed an increasing number of Nigerians.

At a forum, the Director-General, National Agency for Food and Drug Administration and Control, (NAFDAC), Prof.  Mojisola Adeyeye, urged farmers to be more cautious on the quality of input used on their farm animals as whatever is fed to farm animals would enter the food chain.

Represented by her Senior Assistant, Mr Williams Effiong, Adeyeye said: “The emerging trend of events in global food safety has revealed that the safety and well-being of man directly depends on the animal health and environment. In order to effectively achieve this height, a multi-disciplinary approach is the only left alternative which must be effectively explored as soon as possible.We are yet to explore the livestock sector of international trade.”

In line with this, the Minister of Agriculture and Rural Development, Sabo Nanono, in March, this year, urged NIAS to proffer solutions to issues threatening food availability, affordability, and security.

Stakeholders have complained about poor quality of the feeds in the industry. The feeds generate high mortalities, low productivity and eventually, very poor returns on investments of the poultry, pig and fish farmers, they said.

Consequently, the institute is enforcing a code of practice for the industrial manufacturing of safe feed materials.

There are standards to improve the safety and quality of food products of animal origin.They cover a wide range of food and feed ingredients.

NIAS has warned feed business premises operators of the consequences of non-compliance to the regulations guiding the operations of feed milling industry in Nigeria.

The Head, Inspectorate and Compliance Department, NIAS, Mr. Olufemi A. Atunbi, said this while on inspection/audit of feed mills in Lagos and Ibadan.

Stressing the law, Atunbi warned that any feed business premises that refused to submit its process for scrutiny three years after the release of the gazette should be ready to face the music.

In line with the regulation, he said it was an offence to operate feed business premises in the country without registering such with the institute.

The NIAS Head of Inspectorate, therefore, called on erring feed mills to do the needful and save themselves of any sanctions.

He reiterated the commitment of Federal Government to the development of agricultural businesses in the country and ensure that stakeholders work within the confines of the law.

Atunbi  informed on  the release of a new gazette by Federal Government on Regulation for Breeder Farms, Hatchery Operation and Day-old chicks Quality in Nigeria.

According to him, the institute was socialising operators on the regulation aimed at checking quackery and ensuring quality in the day-old chicks business and safe farmers investment.

The Head of Inspectorate and Compliance said the institute last month had ended a workshop on the regulation for the distributors of day-old chicks at Ibadan and that the enforcement of the new regulation will commence soon.

When asked about the current challenges facing the poultry industry, especially on the scarcity of key feed ingredients particularly maize and soya bean, he said it was an unfortunate development.

According to him, apart from the intervention of the Central Bank in releasing grains to push down the prize, the institute is working with relevant agencies on how to facilitate the production of these two key feed ingredients.

He said the issue of insecurity must be tackled and farmers must have access to improved seed and input to ensure better yield.

The Federal Department of Animal Production and Husbandry Services, Federal Ministry of Agriculture, has drawn up minimum operation standards for feed milling.

Industrial feed plants are described as ones with a minimum capacity of five metric tonnes per hour.

Regulations guiding industrial production of feed mills state that such large mills must be located in industrial layouts.They should also be located strategically to quality-compromising materials getting into the feeds.

One area stakeholders want a review is manufacturing practice to ensure they are appropriate for the animal feed industry. Feed traceability has come to the forefront due to stricter regulations.

Meanwhile, NIAS is driving a campaign to improve the connection between livestock, feed use and food safety.