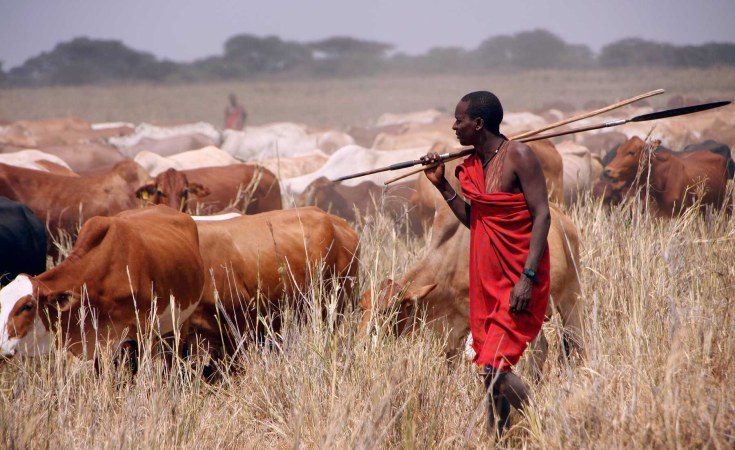 THE Vice-President Dr Philip Mpango has said he was not satisfied by the performance of the livestock sector in its contribution to the country’s Gross Domestic Product (GDP).

He equally expressed his dismay over poverty indicators in the livestock-rich regions from across the country.

The VP said it was not clicking in his mind to see the regions that have a large population of pastoralists and livestock leading in poverty, contrary to the recommended national average on poverty indicators.

Dr Mpango expressed his dissatisfaction yesterday when speaking during a two-day meeting with livestock advisors and the heads of departments for livestock and fisheries from Local Government Authorities (LGAs).

Available statistics depicts that Tanzania is the second country in the African continent to have a large number of livestock, whereas in 2020 alone, the livestock sector grew by 5.2 per cent compared to a minimal growth of 5.0 in 2019. The statistics further indicate that the contribution of the sector to GDP stands at 7.1 per cent-the figure which does not reflect the real population of the country’s livestock according to the VP.

During the official opening of the meeting, Dr Mpango directed participants to ensure that the good number of livestock the country has become a game changer to the lives of the pastoralists’ communities as well as contributing immensely in the Tanzania’s GDP.

Immediately after opening the meeting, the VP handed over 300 motorcycles to Regional Commissioners from 25 regions countrywide, which will be used by Veterinary Officers in efforts to improve and expedite service delivery to pastoralists.

The motor vehicles were received by Dodoma Regional Commissioner, Anthony Mtaka on behalf of other RCs. According to Dr Mpango, the livestock sector is one of the government’s key priority sectors that handing over the motorcycles would improve efforts in revamping it.

“The government is aware of the challenges facing this sector, and I want to assure you that the government will continue looking for immediate solutions and that is why President Samia Suluhu Hassan endorsed the purchase of the motorcycles so as to improve veterinary services, including intensifying massive education to our pastoralists,” said the VP.

In a related development, Dr Mpango directed District, Town and Municipal Directors to allocate funds for resolving challenges facing veterinary officers in their areas, and equally asked the officers to utilise well the funds disbursed in order to have positive pastoralism.

Speaking earlier, the Minister for Livestock and Fisheries requested the Vice President to look on the possibilities to employ more Veterinary Officers, insisting that their number was still low compared to the number of livestock available in the country.

Regarding the motorcycles that were handed over on Monday, Mr Ndaki told the VP that the government spent 864m/- to buy them, adding that they would be distributed to 25 regions and about 140 LGAs.

At the event, the Minister of State in the President’s Office, Regional Administration and Local Government, Innocent Bashungwa said that in ensuring that the livestock sector was a catalyst to the country’s development, the government would ensure that 15per cent that ought to be allocated by LGAs to improve the sector was spent for the intended purposes.

Earlier, the Permanent Secretary in the Ministry of Livestock and Fisheries, Mr Tixon Nzunda, said the major objective of the working meeting was to prepare strategic and robust plans that would help to improve service delivery in the livestock sector countrywide.