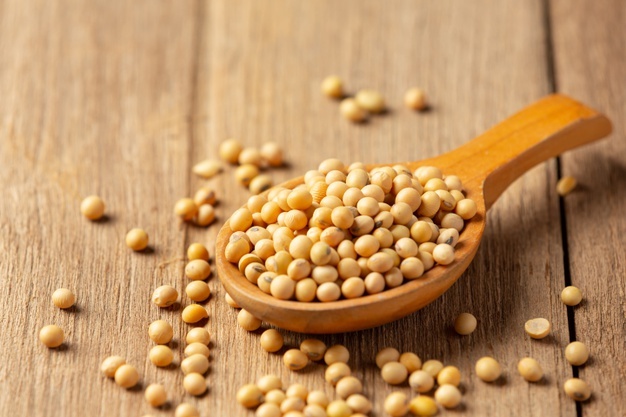 Tanzania can earn up to $1 billion annually from soybeans exports as China’s demand provides a ready market for the produce.

China’s annual demand stands at 87 million tonnes with Tanzania being one of the countries which are allowed to export to the Asian nation.

However, despite the fact that the crop thrives in most parts of the country, Tanzania only produces some 200,000 tonnes per year.

The global impact of Covid-19 has increased demand for the product leading to hiked prices in the global market to over Sh2,400 a kilo from an average of Sh600 to Sh800.

Yesterday, experts including the Tanzania envory to China Mbelwa Kairuki, public and private sectors senior officials interacted through a social media platform-Clubhouse how Tanzania can benefit.

During the event, Mr Kairuki said a serious and systemic mobilization was required for the crop to produce millionaires in the country.

“After we have identified the opportunity, the next course of action is to set implementation strategies. This is how large businessmen do. The government is supposed to do the same for the benefit of farmers,” he said, adding.

“However, we are supposed to cooperate despite the challenges that will be recorded. But, Tanzania can become a major soybeans export leader reaching 2025 which is the focus of President Samia Suluhu Hassan’s government.”

He said the country was earning $25 million on sesame imports, the amount that has increased to $153 million annually after mobilizations, expressing hope that the same could happen to soybeans.

Through a session that carried a topic themed: Focus on soybean with China’s market, Mr Kairuki said China consumed 120 million tonnes of soybeans annually and that it spent $42 billion for the imports last year.

“Tanzania is among the 19 authorized importers across the world and the third in Africa which is a huge opportunity to the country considering that soybeans could be grown in many regions such as Songwe, Mbeya, Ruvuma, Iringa, Kagera, Mwanza, Shinyanga, Singida, Dodoma, Tabora and Katavi,” he said.

Mr Mbelwa said Songwe regional authorities have expressed interests of turning the region a soybeans production hub as it shares geographical conditions with Zambia which is a major regional producer.

The director of crop development in the Ministry of Agriculture, Mr Enock Nyasebwa, last year Tanzania signed a two year contract to supply soybeans to China making it mandatory to abide by conditions including phytosanitary certification requirements.

“The conditions require that soybeans exporting companies should be registered by the China customs authority; incorporated according to the Tanzania laws, secure export permits from the ministry of Trade and Industries and submit applications to the Asian country through Tanzania’s ministry of Agriculture,” he said.

Mr Nyasebwa said 86 companies have been registered by the Chinese authorities, challenging that they are supposed to abide by requirements of phytosanitary certificates from the point of production to exports.

“These conditions shouldn’t be by-passed because of the repercussions that will be associated including being banned to export the produce to the China market,” he stressed.

In his clarification, exported soybeans shouldn’t constitute Genetically Modified Seeds (GMO); should have 40 and 20 percent protein and oil content as well as 99 percent cleanness.

“Defective seeds shouldn’t exceed 3.5 percent, 1.5 percent withered and one percent that have been destroyed by pests,” he said, saying the government has recommended soybeans contract farming.

Dar Lyon Investment chief executive officer, Dr Jean D’amour Kalisa said in collaboration with the NMB Bank and the Tanzania Agriculture Development Bank (TADB), they are charged for the importation of 1,500 tonnes of better soybean seeds from Zambia.

“The seeds are then distributed to individual farmers, through their groups or cooperative unions,” he said.

He said they are planning to mobilize the youth holding a degree and diploma in agriculture and recruit them in agri-business through Suma JKT in order to annually produce 20 real farmers capable of cultivating soybeans twice a year.

NMB Bank head of agri-business, Mr Isack Masusa was concerned with farmers who defy agreements entered through contract farming and engage in side-selling.

“They are supposed to seek for re-negotiation if things have changed instead of doing that because banks have been losing a lot and suppliers have been heavily penalized for failure to honour their obligations,” he said.

The Private Agricultural Sector Support (Pass) managing director, Mr Yohane Kaduma pledged more support to farmers that would enable the country to conquer the global markets in terms of food and cash crops.