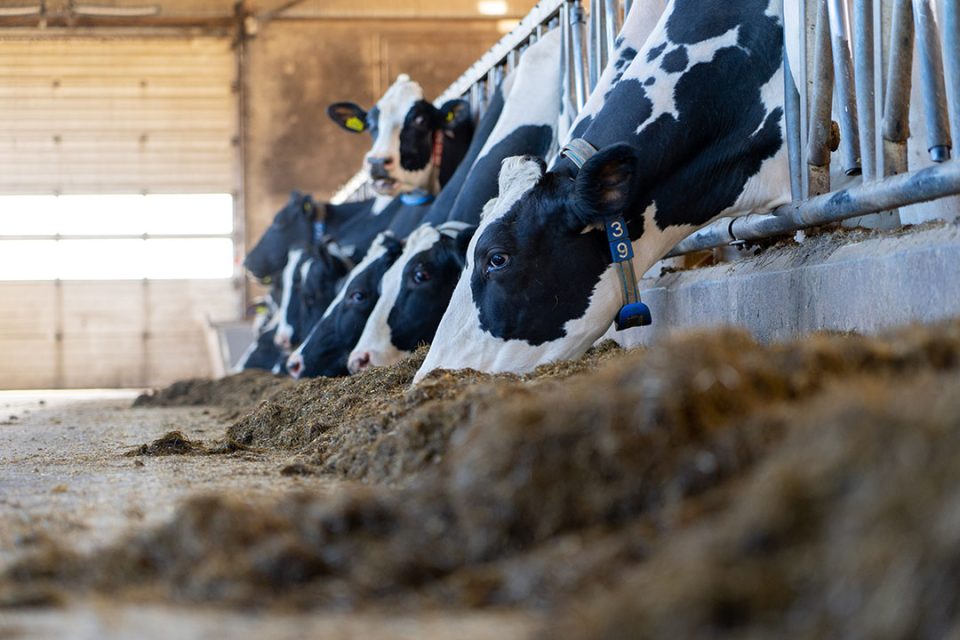 Increasingly accepted is the idea that what happens in the rumen will cascade onto the whole gastrointestinal function, metabolic status, liver function and immune response, down to the mammary gland. From the rumen to the mammary glands, the cow hosts a series of specific microbiomes that play an important part in this cascade of events. The development of subacute ruminal acidosis (SARA) and its consequences beyond the rumen is a perfect example of this ‘microbial continuum’.

Diets rich in readily fermentable starch, or sugars, are known to alter the composition and diversity of rumen microbial communities and their functions. In turn, this alteration leads to fermentation profile changes and a decrease in rumen pH, which characterises SARA. Low rumen pH for a prolonged period can negatively affect feed intake, microbial metabolism and feed efficiency as it inhibits fibre-degrading communities (Villot et al., 2018).

It is well established that SARA induces the release of large amounts of cell-free lipopolysaccharide (LPS) in the bloodstream (Plaizier et al., 2012). LPS is a component of bacterial structures that is mainly released when bacteria die. This component has been shown to trigger inflammation patterns at the rumen wall level. Diets associated with ruminal acidosis may induce bacterial death and also increase the turnover rate of bacteria, leading to a strong LPS increase in the rumen. In addition to LPS, other inflammatory compounds such as histamine may be released in the rumen during SARA. Histamine is produced by low-pH tolerant bacteria (Garner et al., 2002) and can accumulate with acute acidosis (Golder et al., 2013, 2014; Silberberg et al., 2013).

A high level of rapidly fermentable dietary carbohydrates (as with high concentrate or grain-based diets) promotes the production of volatile fatty acids (VFAs) that are an important source of energy for the animal. However, rapidly fermentable dietary carbohydrates will also increase the production of lactic acid, which may accumulate in the rumen. These high acid concentrations have damaging effects on the rumen wall, leading to papillae erosion and rumen wall destruction, and to overall increased permeability.

Because of this rumen wall permeability, inflammatory molecules such as LPS and histamine may pass easily from the rumen to the bloodstream, triggering systemic inflammation that involves a greater glucose requirement (Kent-Dennis and Penner, 2021) and increased energy demand. The inflammatory response can divert nutrients that are essential for milk components synthesis (Dong et al., 2011). Histamine released in the bloodstream may also induce inflammation at the hoof level, causing laminitis (Garner et al., 2002).

In summary, SARA conditions can lead to the generation of multiple toxic compounds in the rumen, which in turn can ­affect other organs beyond the rumen.

Impact on health and milk

In addition to the reduction of energy available for body maintenance and milk component synthesis, the presence of toxic compounds in the bloodstream has an impact on immune response and inflammation at the level of the udder.

An inflammatory response in the udder has been found to be associated with a reduction of milk protein content (Zhang et al., 2016). Similar observations have been made with histamine (Chang et al., 2018). Moreover, in addition to affecting rumen and lower gut microbiota, SARA has been suggested to alter the microbiota of the milk (Zhang et al., 2015).

As a result, SARA can impair body condition maintenance and milk production through disturbances in the rumen. This is due to an alteration of microbial fermentation and also ­because of SARA effects on inflammation and immune ­response, which can be observed beyond the rumen.