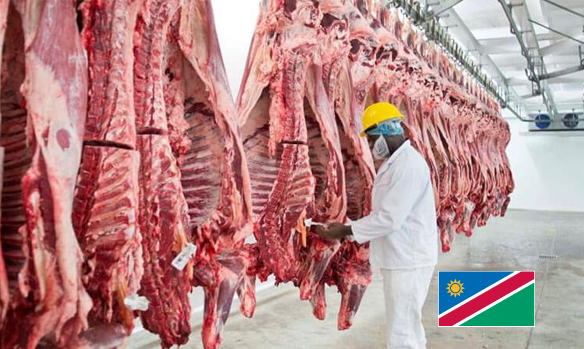 Meatco has called for the review the country’s livestock exporting regulations, saying most regulations favour foreign companies. Speaking to New Era on Tuesday, Meatco’s executive for strategy and business development Isaac Nathinge specifically bemoaned the 30% levy introduced by the ministry of finance in 2004 on the export of cattle weighing more than 450kg, saying although this measure was meant to curb exportation of animals, the measure has not been effective and it has actually encouraged exports.

“We are concerned that if you keep the situation as it is, where animals are just leaving and nobody is really taking accountability in terms of what type of animals are leaving. What is the weight of these animals? Can they be retained so that they can come through the value chain here in Namibia rather than going out?” Nathinge asked.

“Can we put some additional measures to ensure that what really goes out of Namibia is not what we want. The 30% levy measure in its current form does not help the value chain. Actually, this measure is encouraging more farmers to just produce – as long as it’s below 450kg, sell it now so that it can go,” he said.

Most meat is exported to the United States, Europe, South Africa and China.

In March 2020, Namibia became the first and only African country to export beef to the United States.

Namibia was the second African country after South Africa to meet China’s stringent import conditions for bone-in beef in 2020.

According to the Namibia Statistics Agency, Namibia’s meat sector is a N$6.95 billion industry, with livestock farming amounting to N$5.23 billion and meat processing worth N$1.72 billion.

The improved performance in the sector was driven by significant increase in the number of cattle slaughtered by export-approved abattoirs that more than doubled their slaughtering during the quarter while butchers and live exports reduced significantly.

On the meat trading front, beef exports totalled 2 974.9 tonnes, increasing by 18.99% during the third quarter.

Beef imports as a percentage of beef exports during the past nine months stood at 25%, which in terms of the trade balance compares adversely with the 18% observed last year, said the Meat Board in its most recent monthly report.

Furthermore, Nathinge also bemoaned the availabity of animal feed in the country, saying the corporation currently imports 80% of fodder being used at its Okapuka feedlot from Zambia.

He said, during this year’s election in Zambia, a ban was placed on exporting fodder.

A decision, he said, affected the corporation negatively.

“That export ban by the Zambian government affected our operations at Okapuka. We had to find a way to manage the cattle that were there that needed this feed. Of course, the ban has been lifted and some quantities can now be allowed, but that’s not enough – and we need more,” he said.

“It is about time that we, as a country, start investing in animal fodder,” Nathinge said.

Nathinge also revealed the corporation is planning in the next five years to diversify its products to include sheep and goats.

“We want to be a business that provide a basket of products to our customers but it will all depends on how we will go about it. It could be that we might be buying carcasses and cut it up; we might even have joint ventures with other abattoirs that can provide us carcass, cut it up and have a basket of proteins among our outlets,” he said.

‘If They Die, We All Die’: Drought Kills in Kenya