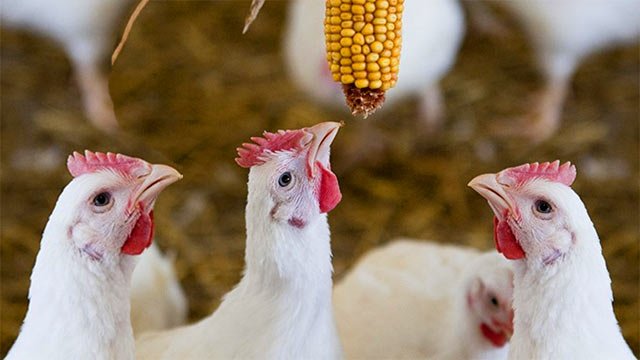 Kenya has added maize on the list of exports from Uganda that are banned from its market.

This comes after the country in January banned importation of poultry and beef products from within and beyond East Africa.

In a January 14 memo, East Africa’s biggest economy stopped all chicken, meat and egg imports on the pretext that it needed to support its “producers to recover from disruptions in their livestock enterprises occasioned by Covid-19”.

“We have instructions to suspend importation of frozen chicken carcases and cuts and chicken table eggs for human consumption. This  …  is to instruct you to suspend further approval of the said importation by issuance of import veterinary certification until further notice,” Dr Obadiah N Njangi, the Director of Veterinary Services, wrote in a memo, in which he notified all heads of veterinary services, officers in charge and ports of entry to implement the instructions without exception.

Last Friday, Kenya also banned importation of maize from Uganda and Tanzania, noting there had been an acute increase in chronic aflatoxin-related illnesses, some of which have resulted into death.

The ban on maize will see Uganda lose an average of $121m (Shs447b) in annual revenue, according to data from Bank of Uganda.

Of the $121m export earnings, $99.5m came from Kenya while the rest was realised from South Sudan and eastern DR Congo, among others.

Uganda has been a victim of trade blockades, many of which border on trade barriers and protectionists tendencies. The blockades, especially by East African member states, which are bound by EAC protocols, have created problems for Uganda’s export sector,  losing billions in foreign exchange in the process.

According to data from Bank of Uganda, Uganda Revenue Authority and Uganda Coffee Development Authority, trade blockades within East Africa cost Uganda $454.7m (Shs1.6 trillion) worth of export revenue in 2019.

The figure could have increased significantly during 2020 as more products from Uganda were denied entry into some EAC markets.

For instance, sugar, milk products, cement, steel and beauty and household products have encountered blockades and prevented from entering markets of countries within the EAC bloc.

At the weekend Trade Minister Amelia Kyambadde, said that whereas she was aware of the letters banning maize, chicken and meat exports, she needed more time to study the situation to comment on the matter.

Mr Emmanuel Mutahunga, the Ministry of Trade commissioner for external trade, said Kenya had not formally notified Uganda about the ban, noting they would challenge the ban as and when it is communicated.

“Kenya has just assumed leadership of the [EAC] community at secretariat and executive levels,  I doubt they would be choosing to do this at this moment. If indeed it is authentic, we expect them to formally notify us in line with international trade protocols. If, and when they do and we find that they are in violation of protocols [WTO and EAC], we would have every reason to exercise our rights under the protocols in such circumstances,” he said.

Since the measures, he said, appear to also target Tanzania, they would consider sharing ideas and agree on a common response.
Attempts to get a comment from Kenyan authorities were futile by press time.

How To Improve The Livestock Subsector