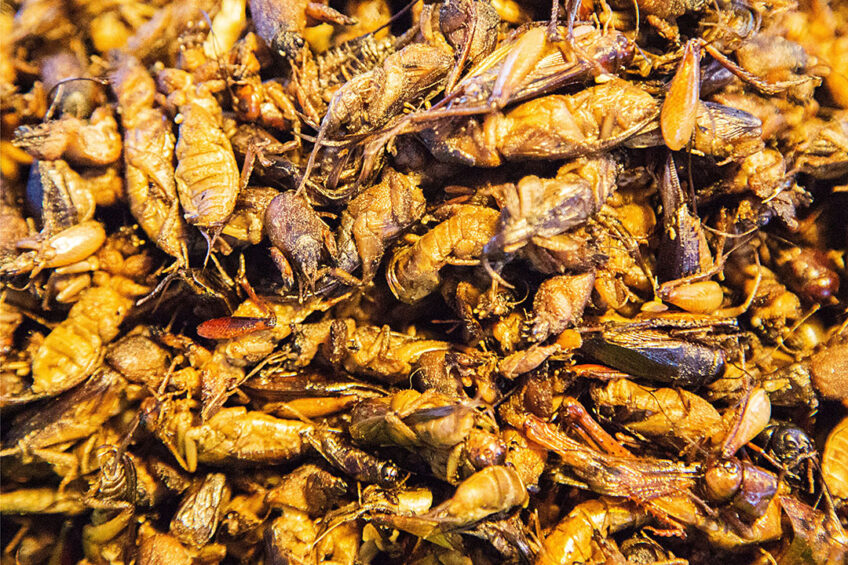 Bigger margins are available in those 2 markets and consumers are prepared to pay higher prices than livestock farmers can afford.

Insects are now equal to pigs, chickens and cows by law.

Christiaan Buitink, ForFarmers poultry product manager and nutritionist, said legislation was also continuing to prove problematic: “Insects are now equal to pigs, chickens and cows by law. As a result, you are only allowed to feed them certain raw materials that are also suitable for these other animals. Many residual streams that could be suitable as insect food do not qualify as such.”

Despite amendments to the legislation needed to make working with insects easier, which has seen animal protein that are not processed into food for humans allowed to be used for animal feed, other issues remain outstanding.

“Residual streams that are currently not allowed to be fed to insects are destroyed or fermented. If we are allowed to feed these streams to insects, we can take a big step forward on sustainability. After all, you reduce the emissions from processing those residual streams and you create more animal proteins,” he added.

Calls for restrictions to be lifted are growing

Dr Pattanapong Tiwasing, researcher at Scotland’s Rural College, is calling on the UK’s Food Standards Agency and Food Standards Scotland to urgently introduce a new “Great Britain-specific transitional measure” to enable the insect sector to survive in the UK.

Pattanapong, who is originally from Thailand where eating insects as a snack is commonplace, said: “The introduction of new and developing EU regulations relating to edible insect products have muddled the waters, leading to confusing procedures for those looking to trade and export edible insects.

“This has been particularly impactful following the UK’s exit from the EU because it means there are currently no regulations for the edible insect (for human consumption) industry, and it is therefore illegal to sell insects for human consumption in the UK. Policymakers need to take urgent action in order for the insect industry to survive in Europe and the UK.”

However, Buitink believes there will be opportunities for insects on the production side: “Through economies of scale and more efficient production, the cost of production will drop and it will become affordable for livestock farmers, especially when the volumes produced start to exceed the demand from pet and fish feed.

“Through genetics, you can breed insects that grow more efficiently on raw materials. I often compare it to poultry farming and pig farming: genetic selection has created better-performing chickens and pigs over the past 50 years. Those opportunities also exist for insects.”