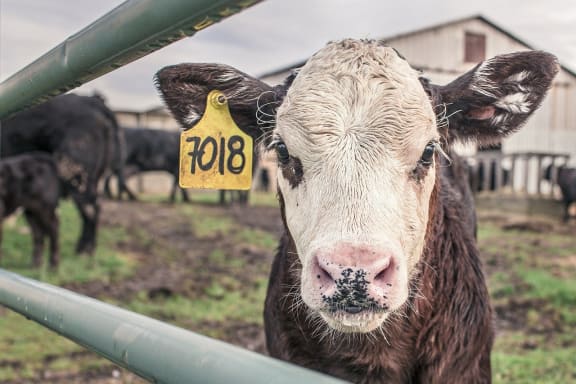 In an era of lower milk prices and escalating input costs, success depends on efficiency. Ruminants are models of efficiency when it comes to the ability to convert fibrous feeds, low-quality protein and non-protein-nitrogen into valuable nutrients, i.e. microbial protein and energy in the form of volatile fatty acids (VFAs). Microbial protein contributes about one-half to two-thirds of the amino acids absorbed by ruminants and has a nearly perfect amino acid profile – similar to that which is found in milk and meat products.

VFAs, the result of carbohydrate fermentation, provide approximately 70% of the total energy requirement for ruminants. The primary VFAs (acetate, propionate, and butyrate) are used by the microorganisms for reproduction and growth, with the balance of the production being used by the ruminant itself. Improving carbohydrate digestibility increases energy available for milk production.

Maximizing rumen efficiency and the output of microbial protein and VFAs is the most significant factor impacting feed input costs and milk production. Rumen efficiency is influenced by many factors; carbohydrate type and nitrogen availability being highly important.

Why is balancing energy and nitrogen in cattle feed crucial?

For rumen bacteria to grow efficiently, and effectively digest fibre and carbohydrates, they must have a good balance of both energy and nitrogen. In other words, both energy and nitrogen must be available at similar times to maximize rumen fermentation. When this occurs, bacteria can capture nitrogen and synthesize microbial protein. More bacteria mean better digestibility of fibre, more energy, and more high-quality microbial protein. The result is better performance by the cow, increased milk yield and more milk components.

Sources of energy and protein are digested in the rumen at different rates. Some are fast, some are slow, and some are intermediate. Fast sources of protein can be effectively utilized if there is a corresponding and balanced source of rapidly fermentable energy. Conversely, when nitrogen is released more slowly there needs to be a corresponding source of slower fermenting energy to efficiently utilize that nitrogen. When protein and energy are not in balance microbial growth, nutrient digestibility and performance can be adversely affected.

For example, when feeding high levels of unprotected urea, rumen ammonia nitrogen levels will rise very quickly. While bacteria utilizing rapidly fermentable energy sources such as sugars and fast degrading starches can capture some of this nitrogen, much of it will be absorbed from the rumen into the blood. The result is lost energy due to detoxification and lost nitrogen via MUN and excretion in urine. In addition, nitrogen levels rapidly decrease in the rumen, which may lead to inadequate nitrogen levels to maintain optimum bacterial growth later in the fermentation process.

Why is the release time of the urea into the rumen important?

Unprotected urea is almost instantly soluble in the rumen. Because there is significant urease (an enzyme that hydrolyzes urea to ammonia) in the rumen, the addition of urea to diets can lead to rapid spikes in rumen ammonia nitrogen levels.

When ammonia levels become too high, too fast, rumen bacteria cannot capture the nitrogen for conversion to high quality microbial protein and it is absorbed into the bloodstream. The liver must then detoxify the ammonia by converting it back to urea which takes energy that could otherwise be used for milk production. Some of the urea may recycle back to the rumen; however, a significant amount of it is excreted in milk as milk urea nitrogen (MUN) or in the urine.

How can I improve microbial protein synthesis?

The role of nitrogen in microbial protein synthesis is well known but underestimated.

What is nitrogen’s role in maximizing rumen efficiency in cattle?

Increasing microbial growth and efficiency allows the cow to get the most nutrition out of her ration. When you maximize the microbial population, you increase the amount and quality of the protein available to the cow. At the same time, carbohydrate digestion is improved, providing more energy. By optimizing rumen microbial protein synthesis, you can reduce nutrient input costs and improve cow performance.

How do feeding practices impact the rumen?

Studies show that rumen ammonia levels vary significantly based on diet and feeding frequency, peaking shortly after feeding then dropping rapidly until the next feeding. Rumen ammonia levels will often drop below levels needed to maintain maximum bacterial growth and DM digestibility for several hours during the day.

Are all rumen nitrogen sources the same?

When the rate of degradation of carbohydrates to nitrogen in the rumen is right, microbial protein production is maximized. Several nitrogen sources exist but they are not all equal. Some release nitrogen in a timelier fashion than others.

Precision Release Nitrogen is urea protected by Balchem’s proprietary encapsulation technology. Conceptually it is much like an M&M. Encapsulation controls the rate at which the urea is released in the rumen thus providing a more consistent supply of rumen nitrogen for use by bacteria.

What are the benefits of adding NitroShure™ to cattle feed?

Studies show that NitroShure™ Precision Release Nitrogen is proven to help fill the nitrogen availability gap between fast release urea and the slower nitrogen release of traditional protein sources to better synchronize nitrogen and carbohydrate availability in the rumen.

NitroShure™ is a valuable tool for helping producers and nutritionists reduce ration costs while increasing the amount of high-quality protein available to the cow.

According to research conducted by Garrett et al., replacing a portion of soybean meal in feed with a blend of NitroShure™, corn and molasses delivered an equivalent amount of protein by generating more microbial mass, representing 286 grams/day more microbial protein in a cow eating 22.5 kg dry matter intake.