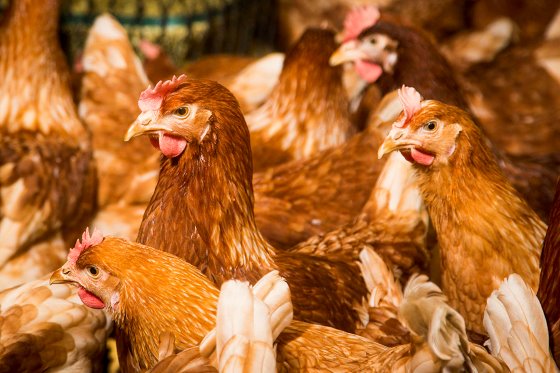 Moves to improve the breeding of laying hens by using innovative tracking and data analysis strategies have won backing from a major genetics company.

Hendrix Genetics Layers is to support HenTrack, an innovative research project based at the Centre of proper Housing of Poultry and Rabbits (ZTHZ) in Switzerland, which is looking at breeding for improved animal welfare while boosting sustainable egg production at the same time.

The HenTrack project, led by Dr Michael Toscano, will use the large-scale research facilities at The Aviforum in Zollikofen to conduct detailed, continuous observations of individual laying hens over the entire laying period. Photo: Koos Groenewold

The CHF 415,000 (US$ 468,000) HenTrack project, led by Dr Michael Toscano, will use the large-scale research facilities at The Aviforum in Zollikofen to conduct detailed, continuous observations of individual laying hens over the entire laying period. The ZTHZ has previously shown consistent behavioural patterns of individual laying hens that nonetheless are very different between hens. Importantly, the patterns appear to be linked to basic biological processes (e.g., the epigenome) and associate with conditions relevant to animal welfare, such as bone injuries.

With support from the Open Philanthropy, data generated by HenTrack will include information on how animals acclimate to standard commercial stressors, such as dietary changes and vaccinations, as well as variation in use of their environments, including access to outdoor areas (the wintergarden and range). Information collected at the Aviforum, using large groups which each consist of 225 laying hens within a commercial aviary housing system, will be combined with traditional breeding evaluation conducted by Hendrix in small family groups and more focused observations.

The effort will yield laying hens that perform well in all housing conditions, including barn and cage-free, like those more and more typical of European and North American egg producers. The current focus will be on the high-performing Dekalb White breed, a breed that has been quickly gaining market share across the globe, particularly among producers moving away from cage housing. The Dekalb White hen is known for its docile behaviour and premium performance in cage-free housing systems.

Study set to make a huge difference in years to come

During the past decade, Hendrix has established a strong research collaboration with Dr Toscano, who believes that if the work with the Dekalb goes well, it could be expanded to other breeds. Jeroen Vischer, Hendrix Genetics Layers director of research and development, said he believed the study would make a huge difference in the years to come: “The HenTrack effort will make a remarkable difference in how we breed our animals in the near future, leading to improved animal welfare, healthier birds, and increased sustainability.”