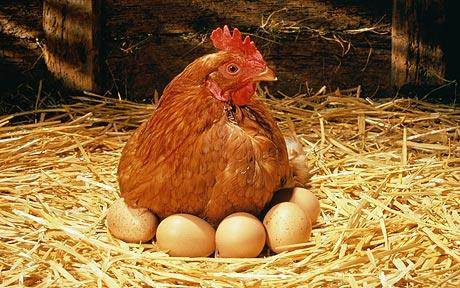 Poultry farmers are protesting against the dumping of chicken by some local producers, citing job and revenue losses and threats to human health.

He said the company, based in the county, is not buying from local farmers but opting for cheap processed chicken from Uganda.

“We have documents that show that this company is buying 1kg chicken at Sh260, and in the past two weeks they have imported more than 20 tonnes and are planning to import more as the festive season begins,” Munyambu said. He spoke at a press conference in Thika.

He said the cost is below the production cost of chicken in Kenya and Uganda. Kenyan farmers are selling 1kg processed chicken at Sh330, while Ugandan farmers sell at Sh300, Munyambu said.

“This disproportion has raised suspicions on the type of product the producer is buying. We have no doubt that the producer is importing frozen chicken, which is unsafe for human consumption.”

“Our sources have established that the Uganda-based exporter is selling chicken to customers in Kampala factory shop at an equivalent of Sh370 per kilo. How is it that they export the same chicken to Kenya at Sh260, such a low price could only mean dumping and or injected chicken?” Munyambu explained.

Kenya Poultry Farmers Association secretary general Humphrey Mbugua said there is plenty of chicken in the country and farmers are producing at full capacity.

“Currently, we have more than 400 tonnes in farmers’ stores. We don’t have any shortage to warrant producers to purchase chicken outside. Farmers can comfortably satisfy the market.”

“We are already struggling to make ends meet because of rising input costs, with feed prices alone increasing four times since the start of the year. Having to compete with dumped chicken is making it more difficult for us,” he said.

The cost of making animal feed has been on the rise, forcing up to 20 manufacturers to close shop amid low demand from farmers due to pricing.

The cost of items such as soya meal, which is normally imported from countries like Malawi, Zambia and Uganda, have gone up.

The Association of Kenya Animal Feed Manufacturers said in February that the price of soya, the most expensive of the supplements used in making animal feed, went up to Sh83 from Sh53 at the beginning of December last year.

The 57 per cent jump in the price of soya is the biggest in the last two years, with the cost of production becoming unbearable to some of the millers who have had to shut their businesses as they cannot sustain the ever-rising cost of inputs.

The cost of animal feed has subsequently gone up across all the meal types, which are now retailing at an average of Sh100, more than the previous cost.

The move has hit farmers as the price of eggs dropped from Sh360 a tray earlier in the year to Sh340.

This implies that the producers are struggling with lower margins, making it difficult to continue with the business.