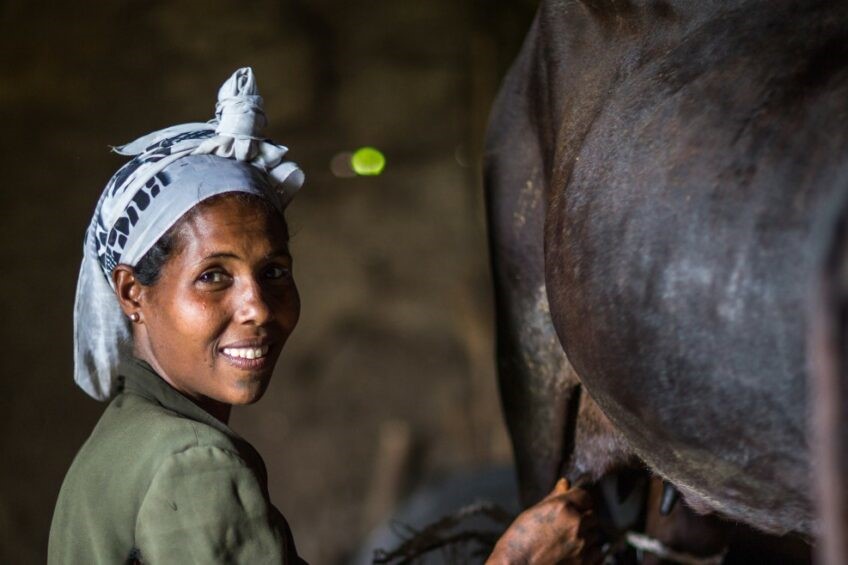 Animal health company, Zoetis, celebrated the fifth anniversary of its A.L.P.H.A. initiative at the end of June. Glenn David, executive vice president and group president, tells us more about the initiative’s goals and achievements in livestock farming thus far in Sub-Saharan Africa.

The concept of sustainability in livestock production coupled with enhancing farmer livelihood are 2 areas in farming that can be seen as synonymous with each other. When the African Livestock Health and Productivity Advancement (A.L.P.H.A.) initiative was launched in 2017, it set out to honour these aspects of livestock farming in Sub-Saharan Africa.

This A.L.P.H.A. initiative – what is it exactly?

The Zoetis initiative, co-funded by the Bill and Melinda Gates Foundation, concludes its 5 years of progress in which it has improved livestock health, productivity and farmer livelihoods in Sub-Saharan Africa. The initiative started its journey and was first launched in Uganda and Nigeria, followed by Ethiopia in 2018 and Tanzania in 2019.

“It was originally initiated as a 3-year partnership and was then extended to 4 years when the geographic reach was also expanded to include Tanzania – and finally to 5 years,” says David.

So why was this initiative such an important one in this region?

Farming and animal agriculture in Sub-Saharan Africa are major forms of livelihood for people in this region. With the population in Nigeria, for example, expected to increase significantly by 2050 and the need for food security even more dire, it is one of the most rapidly developing regions globally.

Sub-Saharan Africa is also home to some of the largest livestock populations in the world – and the highest density of livestock keepers with the lowest productivity per animal.

David notes that by improving access to critical veterinary products and services, and supporting an infrastructure for quality animal healthcare, “we can make a positive long-term impact”.

In addition, this support in the region is part of Zoetis’ aspirations to grow veterinary care in emerging markets under its ‘Driven to Care’ long-term sustainability goals.

Progress and achievements over the last few years spans across better farming practices, access to medicines, enhancing veterinarian technical knowledge and farmer know-how – progress like this is crucial in terms of food security in the region.

The last 5 years have been a true journey for those involved in livestock production and those who have been a part of this initiative. The farmers and veterinarians equipped with more knowledge along with the support of medicines and vaccines, as well as the positive economic development is of major significance.

“Animal health is extremely important in contributing to sustainable development goals and economic opportunities in Africa. Access to medicines and technology will help farmers raise healthier animals and secure a more productive and sustainable food supply and income, which is critical to the economic development of the region and well-being of its people,” David adds.

The prevention of disease in poultry has been a key focus of the A.L.P.H.A. initiative. Zoetis has provided access to a broad portfolio of poultry vaccines, which it hopes will help to prevent disease and reduce treatment, including the use of antibiotics in poultry farming.

The company has made significant progress in establishing infrastructure and training to improve the state of animal health and productivity. Some 16 established serology laboratories provide diagnostic services to farmers across Nigeria, Tanzania, Ethiopia and Uganda.

The laboratory network has been upgraded in cooperation with public and private local partners, and today it provides access across an important part of Zoetis’ continuum of care (diagnostics, prevention and treatment) even for smaller-scale producers close to their homes in 4 countries.

Since 2019, Zoetis experts have held a significant number of training sessions for local veterinary service providers, diagnostic labs’ personnel and farmers in partnership with local authorities, associations and NGOs to increase the level of care and knowledge of disease management and veterinary care.

To date, more than 26,000 farmers, veterinarians and veterinarian paraprofessionals (VPP) have been trained – of which around 30% are women – with an estimated extended reach of over 1.3 million people through train-the-trainer programmes.

A farmer tending cattle outside his home in Wendo Ganet, Ethiopia. Photo: Zoetis

Under the concept of sustainability in farming, there are many facets to consider, including soil health, how feed is grown, the welfare of animals and on-farm management practices, but in addition to this, gender is an important factor here, too.

In many farming communities worldwide, women are an essential part of the farm operation and in Africa, the majority of owners taking care of animals in smallholder farms in Sub-Saharan Africa are women. It is thus important to highlight gender within sustainable livestock production to ensure that all those who play a role in the farm operation are armed with know-how and trained in a way that will lead to better animal production and improved farmer livelihood and address gender disparity.

This initiative has addressed this issue. “As women play such an important role in the region’s smallholder farms, A.L.P.H.A.’s agenda included the roll-out of training that ensures gender balance and inclusion of women in all training to transform the livestock sector for wider societal impact,” says David.

“Whilst we currently achieve around a 40% participation rate of women, we are committed to aim for equal gender participation in our educational programmes,” he adds.

With equal gender a priority in the region, Zoetis’ highlights its support to uphold the United Nation’s Sustainable Development Goals (SDGs) which is fundamentally part of this initiative’s journey in Africa.

There are currently partnerships in place with local veterinary universities (Makerere in Uganda and Nelson Mandela University in Nigeria) to monitor the prevalence and impact of diseases in animals in these markets.

“One assumption is that climate change might impact the spread and prevalence of diseases in these regions, but we do not have data to share at this stage,” says David.

Commenting on the future and what this will look like within this framework, David states: “We look to the future with optimism and having learnt a lot and gained immense experience which will help us to better serve our animal health stakeholders in Sub-Saharan Africa. There is, however, still a long way to go with our work in these emerging markets, and we have identified several strategies we could implement with key local partners. To quote an African proverb: ‘If you want to go fast – go alone; if you want to go far, go together’. This reflects how we strongly value collaborative approaches to help serve the region.”