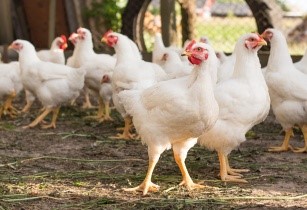 The Government also granted approval for the immediate recruitment and deployment of an initial 550 veterinary professionals, the procurement of vehicles, motorbikes and laboratory equipment for the smooth operations of the Veterinary Services Directorate.

“As of now, the government has released US$2.75mn, which was meant for stamping out, decontamination and disposal materials; compensation to currently affected farmers and some outstanding compensation from 2015-2018 and roll-out of a communication plan,” Akoto added.

The minister went on to point out that the number of impacted farms has doubled between July and December 2021.

To ensure all affected farmers from July to 31 December 2021 receive some compensation for any losses incurred as a result of the outbreak, the Ghana’s ministry of agriculture has agreed to pay US$4.12 for a matured bird, US$2.75 for a pullet, US$1.37 per chick, US$10.98 for a bag of feed and US$1.37 per chick for a crate of egg based on the amount available immediately.

The minister urged farmers to intensify biosecurity measures, singling out small-scale backyard poultry farms as the most vulnerable.

Aviagen gets into a joint venture with Ross Breeders Zambia

Aviagen gets into a joint venture with Ross Breeders Zambia